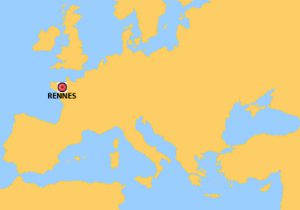 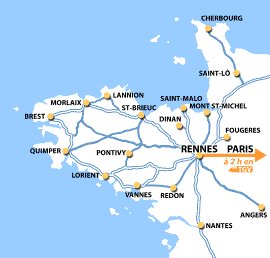 There are several trains (TGV) on a typical week day from Paris, Lille and Lyon to Rennes. In the following is listed the number of round trips and journey times with a TGV (high speed train):

From the Rennes train station, to reach the venue, you can take the metro up to station “Les Lices” (1 minute) and then walk to the campus located Place Hoche (see the above Google map).

To reach the venue from the airport: