Brittany is a large peninsula “on the edge of the world” as people used to say, in the northwest of France, lying between the English Channel to the north and the Atlantic Ocean to the south. Brittany is one of France’s most rugged regions with hundreds of bays, inlets and islands. It is said that Brittany is a fascinating mix of spectacular coastline known as the “Emerald coast”, ancient beautiful towns, historic fishing villages, magical islands and inland woods.

Brittany is one of the six Celtic Nations and used to be a Celtic duchy for more than one thousand years before its annexation to France in 1532. It is a fascinating land rich in culture, tradition and history with a strong regional identity that has been forming during centuries of relative isolation. Brittany is a region proud of its roots and has successfully retained its customs and traditions.

More about Brittany at:
http://www.brittanytourism.com/

A few (among many) other interesting places to see from Rennes:

Rennes is the capital of Brittany and is ideally situated at the heart of a dual carriageway network linking Brittany to Paris and Normandy and to the areas south of the Loire divide. The city of Rennes is very pleasant with its parks and gardens and the delightful old town with its faithfully restored streets and squares, colourful traditional timber-framed houses and outstanding buildings by famous architects. A visit to the Musée de Bretagne is recommended to discover what life in Brittany was like in ancient times as well as the present day – there’s also a fine art museum in the same building. You’ll find a great choice of restaurants, bars and pavement cafés in the old town and one of the largest markets in France is held on Saturday mornings. There you can find all kinds of French delicacies such as cheese, sea food, crêpes and galettes and everything else from flowers to fresh meet.

More on Rennes at:
Rennes tourist office web site (getting around, eating out, etc.)

Every Saturday morning, you can enjoy one of the most famous market for food (and flowers), Le Marche des Lices.

You will also be able to enjoy the french food and the specialities from Brittany, among which the “crêpes” and seafood. 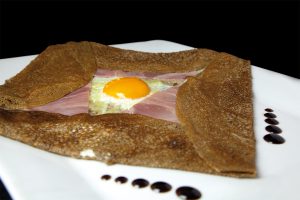 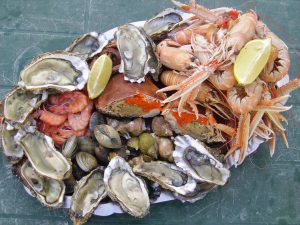